Welcome to Our Stormwater Page

Welcome to the City of Cold Spring Stormwater Management Program section of our City website. The City has recently taken over the stormwater management program from SD1 as well as the billing for stormwater services. With this change in stormwater responsibility, the City has accepted many responsibilities including developing a stormwater quality management plan known as a SWQMP that is required by the Federal Environmental Protection Agency and administered and enforced by the Commonwealth of Kentucky Energy and Environment Cabinet, Department for Environmental Protection, Division of Water (KDOW). There are major fines for noncompliance and not meeting and addressing the SWQMP. Consequently, Our Elected Officials have committed to keeping the Cold Spring citizenry apprised of many of the stormwater management activities performed by City that is recommend by KDOW for water quality compliance with this new stormwater section of the website.

Call the City of Cold Spring Stormwater Hotline at 859-441-6863 to report a stormwater issue.

Why Should We Care About Stormwater?

What Can You Do To Help?

The construction, operation and maintenance of a municipal separate storm sewer system (MS4) can involve significant expenses, especially when regulatory requirements such as the MS4 KPDES stormwater Phase II regulations are funded.

The current stormwater rate is $4.50 per equivalent residential unit (ERU) per month.

Welcome to the City of Cold Spring Stormwater Credits section of our City website. The City has taken over the stormwater management program from SD1 as well as the billing for stormwater services. With this change in stormwater responsibility, the City has accepted many responsibilities including developing a stormwater quality management plan known as a SWQMP that is required by the Federal Environmental Protection Agency and administered and enforced by the Commonwealth of Kentucky Energy and Environment Cabinet, Department for Environmental Protection, Division of Water (KDOW). There are major fines for noncompliance and not meeting and addressing the SWQMP. Consequently, Our Elected Officials have committed to keeping the Cold Spring citizenry apprised of many of the stormwater management activities performed by City that is recommend by KDOW for water quality compliance with this new stormwater section of the website

Since the passage of the Clean Water Act in 1972 and modified in 1987, the quality of our Nation’s waters has improved dramatically. Despite this progress, degraded waterbodies still exists. According to the 2000 National Water Quality Inventory (Inventory), a biennial summary of State surveys of water quality, approximately 40 percent of surveyed U.S. waterbodies are still impaired by pollution and do not meet water quality standards. A leading source of this impairment is polluted runoff. In fact, according to the Inventory, 13 percent of impaired rivers, 18 percent of impaired lake acres and 32 percent of impaired estuaries are affected by urban/suburban stormwater runoff.

Phase I of the U.S. Environmental Protection Agency’s (EPA) stormwater program was promulgated in 1990 under the CWA. Phase I relies on National Pollutant Discharge Elimination System (NPDES) permit coverage to address stormwater runoff. In the Commonwealth of Kentucky, these regulations are known as the KPDES (Kentucky Pollutant Discharge Elimination System) and range from: (1) “medium” and “large” municipal separate storm sewer systems (MS4s) generally serving populations of 100,000 or greater, (2) construction activity disturbing 5 acres of land or greater, and (3) ten categories of industrial activity.

The Stormwater Phase II Final Rule is the next step in EPA’s effort to preserve, protect, and improve the Nation’s water resources from polluted stormwater runoff. The Phase II program expands the Phase I program by requiring additional operators of MS4s in urbanized areas and operators of small construction sites, through the use of NPDES permits, to implement programs and practices to control polluted stormwater runoff. See Fact Sheets 2.0 and 3.0 for overviews of the Phase II programs for MS4s and construction activity.

Phase II (the City of Cold Spring is a Phase II community) is intended to further reduce adverse impacts to water quality and aquatic habitat by instituting the use of controls on the unregulated sources of stormwater discharges that have the greatest likelihood of causing continued environmental degradation. The environmental problems associated with discharges from MS4s in urbanized areas and discharges resulting from construction activity are outlined below.

Stormwater discharges from MS4s in urbanized areas are a concern because of the high concentration of pollutants found in these discharges. Concentrated development in urbanized areas substantially increases impervious surfaces, such as city streets, driveways, parking lots, and sidewalks, on which pollutants from concentrated human activities settle and remain until a storm event washes them into nearby storm drains. Common pollutants include pesticides, fertilizers, oils, salt, litter and other debris, and sediment. Another concern is the possible illicit connections of sanitary sewers, which can result in fecal coliform bacteria entering the storm sewer system. Stormwater runoff picks up and transports these and other harmful pollutants then discharges them – untreated – to waterways via storm sewer systems. When left uncontrolled, these discharges can result in fish kills, the destruction of spawning and wildlife habitats, a loss in aesthetic value, and contamination of drinking water supplies and recreational waterways that can threaten public health.

Uncontrolled runoff from construction sites is a water quality concern because of the devastating effects that sedimentation can have on local waterbodies, particularly small streams. Numerous studies have shown that the amount of sediment transported by stormwater runoff from construction sites with no controls is significantly greater than from sites with controls. In addition to sediment, construction activities yield pollutants such as pesticides, petroleum products, construction chemicals, solvents, asphalts, and acids that can contaminate stormwater runoff. During storms, construction sites may be the source of sediment-laden runoff, which can overwhelm a small stream channel’s capacity, resulting in streambed scour, streambank erosion, and destruction of near-stream vegetative cover. Where left uncontrolled, sediment-laden runoff has been shown to result in the loss of in-stream habitats for fish and other aquatic species, an increased difficulty in filtering drinking water, the loss of drinking water reservoir storage capacity, and negative impacts on the navigational capacity of waterways.

The City of Cold Spring’s Municipal Separate Storm Sewer System (MS4) is a system that discharges stormwater runoff to surface water, or waters of the state. Phase II regulates discharges from small MS4s located in “urbanized areas” (as delineated by the Census Bureau in the most recent census) and from additional small MS4s designated by the Energy and Environment Cabinet, Department for Environment Protection, Kentucky Division of Water (KDOW).

The Illicit Discharge Detection and Elimination (IDDE) program includes a Standard Operating Procedure (SOP) Manual and IDDE plan that will serve as the draft manual of rules and regulations and guide for the City of Cold Spring to fulfill the IDDE requirements of the Municipal Separate Storm Sewer System (MS4) Permit water quality program. Implementation of an Illicit Discharge Detection and Elimination (IDDE) program is one of the third of six minimum control measures (MCM) of the permit’s Storm Water Quality Program. This SOP is primarily directed at isolating, responding and documenting and reporting any illicit discharges in the compliance annual report to KDOW.

The City of Cold Spring’s Storm Water Quality Program (SWQMP) has multiple BMP components of the IDDE Program including educating the public; the Illicit Discharge Detection and Elimination plan; The IDDE Ordinance (regulatory) the Stormwater System GIS Mapping, Public and Employee Illicit Discharge Information Program, the Identification of Known Storm Water Discharges and Flows and training for the City of Cold Spring Staff for the IDDE stormwater program.

Any construction which is not replacement, requires a building permit before the work is begun. Applications are available thru the Campbell County Planning and Zoning office, (859) 292-3880. Please allow ten to twelve working days for issuance of permit.

Three sets of plans or blueprints are needed with the building permit application.

The contractor must have his insurance company provide the city with proof of Workman’s Compensation Insurance. If the work is being done by an individual they must complete an affidavit of exemption from the Kentucky Worker’s Compensation Act form which is also available at Campbell County Planning and Zoning.

The cost of the building permit, which is due at the time of submitted, is determined by a schedule of fees.

Any contractors doing work in the city are required to purchase an occupational license for the City of Cold Spring through the Campbell County Occupational License Department, (859) 292-3884.

For each new development or redevelopment, a plan for Construction Erosion and Sediment Contol, Post Construction Runoff Control and Stormwater Management must be developed. This requires property owners, developers, contractors and their engineers to develop concept plans, Stormwater Pollution Prevention Plans (SWPPP) and detailed stormwater drainage management plans that will protect waters of the state and prevent water pollution and flooding.

The following information is being provided to owners, developers, contractors and their engineers for guidance on review and inspection fees as well as the process for Stormwater Management in the City of Cold Spring. Each new development or redevelopment (for Stage I and Stage II) must have a Certification / Application, a Stormwater Pollution Prevention Plan and payment of the review and inspection fee. Fees can be paid by mail or in person at the Administration Building. Click on each of the document names below to download a copy in pdf or Word™ format.

The purpose of the City of Cold Spring Storm Water Advisory Committee (SWAC) is a committee comprised of a cross section of the citizenry with the responsibility to review, discuss and provide input regarding the City of Cold Spring MS4 Storm Water Quality Program. The SWAC members will be responsible for informing, educating and soliciting input from the constituency they represent regarding the storm water program policies and procedures especially the most appropriate method for educating the citizenry regarding the MS4 water quality program.

The Technical Advisory Committee (TAC) comprised of the Mayor, city council representatives, the law director, and the consultant team is a committee that develops draft documents, draft policies, draft procedures, draft regulations and draft program recommendations for SWAC committee to review and input prior to becoming law if applicable.

The SWAC shall meet 2 times per year to be educated on the MS4 storm water quality program. A SWAC committee is a Minimum Control; Measure (MCM) 2 Public Education and Outreach requirement that was identifies as part of the City SWQMP (plan). The purpose of the SWAC is to understand and discuss the TAC developed documents, draft policies, procedures, regulations and recommendations and provide input a representative from the city of cold spring citizenry. A Notice shall be emailed to all members by the City Staff or consulting team at least one (1) week in advance of all meetings. Notice shall include the meeting agenda and any meeting materials that may be considered or acted upon, whether or not set forth in the agenda. Notice of all meetings shall be posted on the City web site at least 24 hours prior to the meeting date and time as notice to the public and media. 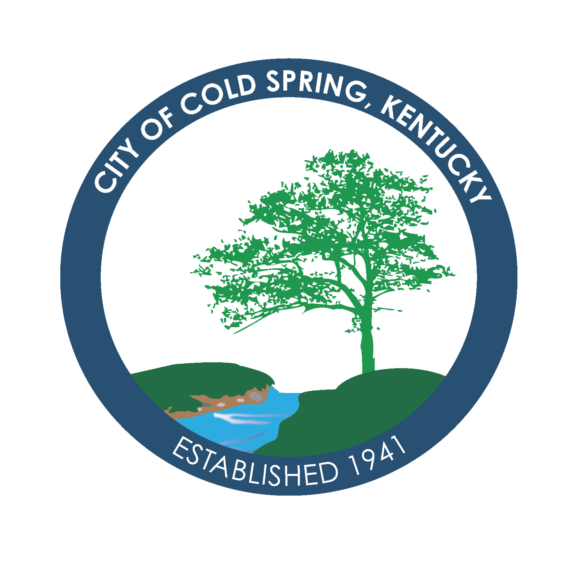